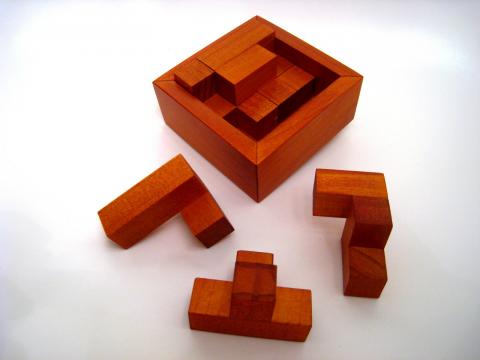 CloudWATCH builds on a decade of collaborative peer work in Europe and globally, including the SIENA Roadmap and the evolution towards the EGI Federated Cloud infrastructure platform, bringing considerable expertise in standards development, implementation and interoperability testing. CloudWATCH supports global interoperability by engaging in a multi-stakeholder dialogue to promote best practices on interoperable clouds and to build common standards profiles from use case analysis.

A federated cloud profile can be applied across research, government and business communities enabling the sharing of resources for maximum benefit. Currently IaaS is a maturing technology in many areas and as such is reaching a point where standardisation is becoming necessary to allow for further exploitation of the technology.

A standard very often supports multiple use cases in its specification text, which can lead to ambiguity and a lack of real interoperability across different interfaces. A profile on a standard clarifies in an unambiguous way how a standard has to be interpreted, explaining how to implement it based on a specific use case. Specifically, CloudWATCH is working on a portfolio of European and international use cases covering technical, policy and legal requirements, such as service level agreement management. This work will lead to the development of common standards profiles and testing around the federation of cloud services.

In more detail, standard specifications establish normative behaviour and interaction between a number of interacting computer systems, including at least one cloud bases system. In many cases, standard specifications are written modelling a previously collected set of use cases in mind. Hence, standards may allow for a certain degree of variability in the normative behaviour, particularly if the selected use cases are diverse in nature. Also, standards may also leave certain elements intentionally undefined to foster extensions and uptake.

Variability in encoded normative behaviour (not the implementation!), as well as ambiguous language use in the documents itself can lead to incompatible and non-interoperable implementations of the same specification. Specification profiles therefore aim at reducing the complexity and variability of normative behaviour for implementations, intending to remove any variability. Standards profiles may normatively reference more than one standard specifications (i.e. any implementation for the profile specification must also implement the referenced standard specifications in the defined way. The set of standards that are relevant for a given profile are usually determined by an application domain. For instance, governmental institutions concerned with information technology security usually define standards profiles for networking protocols and networked applications that clarify how standards related to the Internet protocol family have to be constricted for the use in the public sector application domain.

Technically, profiles refer to specific sections and terms defined in the referenced standard(s), and make normative statements, such as to reduce ambiguity and variability. For instance, where a standard uses the term “MAY”, the profile may reduce variability by tightening the original statement into a “MUST” In general, a profile tightens the scope of a standard specification so that any software accurately implementing the profile will always be implementing the underlying standard (but not necessarily vice versa).